I fell in love with the premise for this week's MMGM long before I read it: "Space travel is all fun and games until someone breaks the universe." Okay, the premise I read had something in it about a boy getting a spaceship for a corn dog and then breaking the universe, but either way, you have an interesting premise. My twelve-year-old and I loved Nathan Bransford's JACOB WONDERBAR AND THE COSMIC SPACE KAPOW

(though I did think there'd be more space monkeys).

The main POV belongs to twelve-year-old Jacob Wonderbar (surprise, surprise), but his best friends get to tell their side of the story as well. I don't always like multiple POVs, but it works in this case. Their voices, preferences, and actions are all distinctive, and the story isn't just Jacob Wonderbar's.

Instead of spoiling the story, I'm listing some things I love: a lying space pirate (though you'll have to figure out what he's lying about), a planet for substitute teachers, the illustrations, a planet that smells like burp breath (where they have to eat dirt), a mouse with a thing for mathematical equations, and a chronically bored spaceship. I hope there's something in there that piques your interest. Oh, I also love the names.

Have you read this one? And if you're an aspiring writer, have you visited Nathan Bransford's blog? His Publishing Essentials are invaluable.

No, this isn't a Gilbert Blythe post. I've been planting carrots for I don't know how many years, mostly because the kids always want to. They never come up. I planted this year's carrots about the same time I planted my peas, and the peas came up. The carrots didn't. So, I planted poppies in the same area. 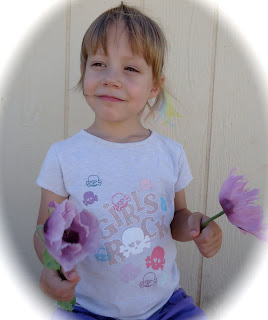 A few months later, I read THE CARROT SEED

, by Ruth Krause, to my preschool classes and had them plant peas (carrot seeds don't come up). Later that day, as I was pulling weeds around my little poppy plants, I found wispy carrot tops.

Look at what I pulled, today. 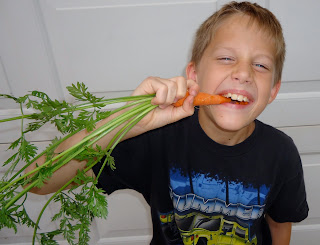 Some things take longer for us to get the hang of than others, and sometimes you need a bit of luck. However, carrots that aren't planted will never come up.

What are your carrots?

MMGM: THE SECRET OF PLATFORM 13

If Roald Dahl had been a woman, I think his books would have been like Eva Ibbotson's. Her novel, THE SECRET OF PLATFORM 13

reminds me of THE BFG.

I borrowed the following from Goodreads:


Under an abandoned railway platform in one of London's busiest stations is an old doorway covered with peeling posters. No one walking by (if anyone did) would guess that it is the entrance to a magical kingdom--an island where humans live happily with mermaids, ogres, feys, and wonderful creatures called mistmakers. Carefully hidden from the world, the Island is accessible only when the door opens for nine days every nine years. A lot can go wrong in nine days.

When the beastly Mrs. Trottle kidnaps the prince of the Island, it's up to a strange band of rescuers to save him. But can an ogre, a hag, a wizard, and a fey troop around London unnoticed? And what if the prince doesn't want to go back?


The story is told from a variety of viewpoints, but the predominant one belongs to Odge, a determined young hag. Have I mentioned before that I love strong female characters? Maybe it's because I was shy. At nine years old, I would never have had the nerve to approach a king and queen and convince them that I should be sent on an important rescue mission, but I'd have enjoyed reading about a girl that did. I still do. I highly recommend this one for fans of Roald Dahl, Cornelia Funke, and J.K. Rowling.

Have you read it?

If you'd like to read about more Marvelous Middle Grades, the following people would love to oblige you:

Have a Marvelous Monday!
Posted by Myrna Foster at 3:00 AM 13 comments:

Writing and Other Hard Things

I spent a couple of hours last weekend writing a post on writing goals and a bunch of personal stuff that I didn't end up publishing. In the end, it was too long and too personal. Writing bits of it made me cry. I saved it in my archives because it was something I needed to write down for myself. Do you ever wonder which struggles are appropriate to share and which aren't?

Around the very beginning of March, my dad had five-way bypass surgery. It was supposed to be seven-way, but they had such a hard time getting through his ribcage and then to the places they needed to reach that two of the fixes ended up not being "bypasses." Evidently, lifting 100 lb bales of hay on a daily basis builds bone density.

Then his favorite horse, an arabian stallion he bought from Wayne Newton twenty years ago this summer, somehow managed to get his leg stuck on the top pin (holding a couple of corral panels together) of his corral. My brother-in-law and a neighbor helped Silver down, but not before he'd torn all the way through his leg. I found out about it on my way to work and called my husband to have him go out and look at it, but when I got home, I found out that Silver hadn't let anyone near him. So, I grabbed two apples (his favorite treat) and headed over to see what I could do.
I took care of Silver for over a month, lots of work and bonding, and he still had to be put down (this was the long, personal part that made me cry).
My writing went surprisingly well in March and April. I wrote 12,000 words in March and 11,000 in April to finish my rough draft (barely) by the deadline I gave myself at the beginning of the year. I'm not ready to let go of this one though (or maybe it's not ready to turn me loose). I started the second draft on Monday, May 2nd, but it's been slow going. I've also been thinking my way through the setting and plot of The Fourth Path (my sequel to Star Swans) because these stories build on each other.
My plan is to take The Binder's Web through at least a second draft before I tackle revisions of Star Swans. I promised my favorite CP I'd query Star Swans before the end of the year, and from what I understand, the querying year ends before the holidays start.

And to end this post on a funny, I'm sharing Kurt Vonnegut's lecture on the shapes of stories.


Have a great weekend!
Posted by Myrna Foster at 1:04 PM 8 comments:

I wasn't going to blog this week. I've a lot on my plate. But I was taking senior pictures for a niece, earlier today, and she said she wanted to look "dainty" in them. This isn't the first time I've heard her say something along those lines, and it bothers me because there's nothing wrong with her body. I hate that the media makes girls (and boys) think that bird bones are beautiful. 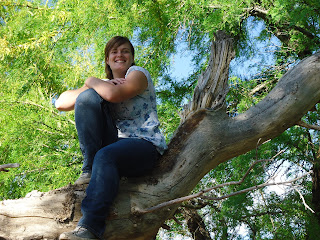 My niece isn't dainty. She's strong. Colleges have been trying to recruit her for their soccer and basketball teams for the last couple of years. She'll be honored as her class's top female athlete at an awards assembly in about a week. I've loved watching her play sports because in basketball I've seen even guys get out of her way. 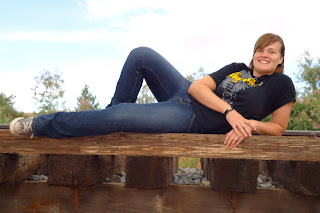 That doesn't happen for girls with bird bones. They get pushed all over the court. I know because basketball and soccer are my favorite sports, and my wedding ring is a size four. So, when I see my niece comparing her body type to mine (and she does), it bothers me. I went through the same thing with roommates in college. Guess what? They're married to guys who adore them. Our bodies are all different, and those differences are more than okay. They're excellent. 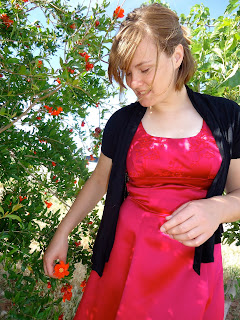 Yes, that is a pomegranate tree.
She's beautiful the way she is, and I will miss her tons when she leaves for college.
Posted by Myrna Foster at 10:06 PM 14 comments:

MMGM: HEART OF A SAMURAI

Today's Marvelous Middle Grade is based on the true story of Manjiro, believed to be the first Japanese person to visit America. HEART OF A SAMURAI

, by Margi Preus, begins in January 1841 and follows the adventures of a fourteen-year-old Japanese fisherman from the time that he and his friends are stranded on Bird Island (Torishima) by a storm.

If you're familiar with this period in history, you already know the Japanese had isolated themselves from the rest of the world. Not only did they kill foreigners, they would also kill any of their own countrymen who left and then returned. Manjiro has as much a chance of returning to his own country as a poor fisherman has of becoming a Samurai.

I would recommend this one for the older end of middle graders and up into YA. My twelve-year-old  and I loved it, but I wouldn't hand it to my eight-year-old yet. Not because it was offensive but because of the way the main character introspects about the racism of the Americans and the Japanese and also about the slaughter of animals. On second thought, I may read it to him, so that he can ask me questions. I really liked how they took so many of the real Manjiro's thoughts from his letters ect. and incorporated them into the story. And of course I loved how, in the end, he achieves the impossible (though what that "impossible" might encompass, you'll have to read to find out). You have to read the Epilogue and Historical Note though.

HEART OF A SAMURAI has death, bullies, rescue by blue-eyed barbarians, whaling, a kind captain, school, horse racing, gold mining, a May Day poem for a girl with storm-colored eyes (which she treasured into her eighties), a parrot who speaks Japanese, a mad captain, prison, and impossible triumph. It's the most beautiful and inspiring story I've read this year.

Have you read it? If not, what's the most inspiring story you've read this year?